Where Can I Get One? 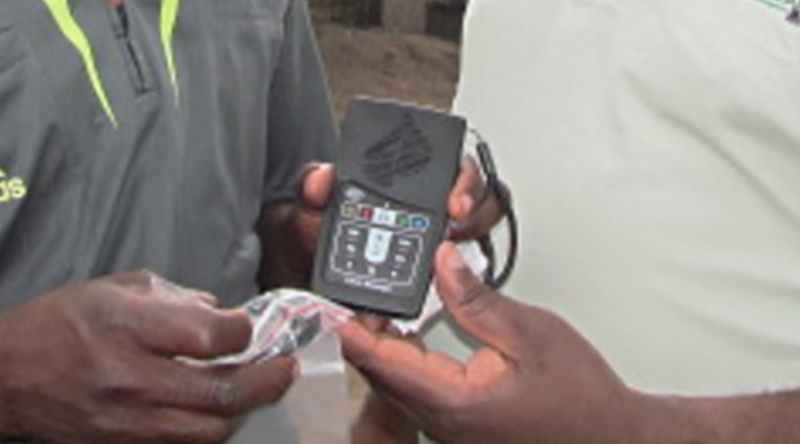 Above the noise of the busy roadside market a voice cut through—causing people to stop and listen.  What was this voice?  What was it saying?

Both shoppers and merchants gathered around and marveled as they heard God’s Word in their heart language coming from a little box.  What is this?  Where can I get one?

As the audio Bible distribution team stood in that dusty market in a small village in central Mozambique, they were seeing the culmination of a journey that started months ago, and half a world away.  The audio Bibles being distributed that day had been lovingly prepared, packed, and shipped as part of the Mozambique Container Project.  You may remember the Container Project from several months ago—maybe you supported it in prayer or donated toward it!

Now, five months after their departure from Michigan, the audio Bibles reached their final destination in this small village in Mozambique.  Many people had been waiting their entire lives for the day when they would receive God’s Word in their own heart language, and now it had finally come.  Praise the Lord!

This important distribution was only made possible by the incredible generosity of God’s people through the Mozambique Container Project.  Thank you.  The Lord has used your prayers and donations to have an incredible impact on the people of Mozambique, and we know that He is just getting started.

I want to invest in this work!