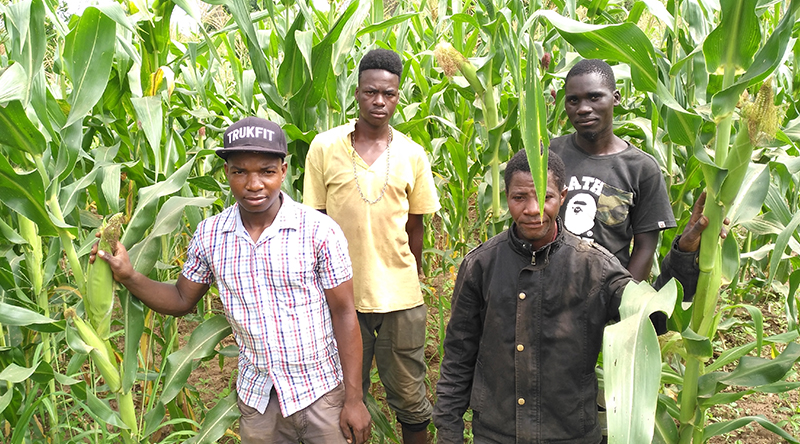 Mozambique (MNN) — It has been four months since Cyclone Idai ravaged Mozambique and killed hundreds of people. Audio Scripture Ministries’ base in central Mozambique took a direct hit from Cyclone Idai, suffering heavy winds and 30 inches of rain in just two days.

“Cyclone Idai really took a huge toll on the country,” says ASM’s Africa Director Chad Vanden Bosch. “I think it’s changed pretty much every aspect of life around here, which has definitely impacted our ministry. Even though several months have passed now, things are still not quite back to normal and they won’t be for quite some time.”

After Cyclone Idai broke, Vanden Bosch and a local man went to inspect ASM’s farm. They expected to find the land pillaged by the storm, but what they saw was far more surprising.

“The crops around us were heavily damaged. Yet on our farm, we suffered very little damage.”

Vanden Bosch’s surveying partner works in ASM’s agriculture program, Farming With God, but he is ingrained in local witchcraft practices. However, he has heard the Gospel through their ministry.

“As we were surveying it and looking at the damage that was there compared to around us, he turned to me and he said, ‘God is with us,’ which absolutely shocked me to hear those words come from his mouth.”

Vanden Bosch says, “It was such a beautiful thing to see that he had made that connection to the Bible studies that we had done…and this whole idea of farming with God.”

In the months following the cyclone, Mozambique is struggling to restore lost land and crops. Over one million acres of land were flooded, and just as many people still survive on food aid.

ASM sees this need and is expanding their agriculture project. They have launched an agricultural institute where people can come learn about improved farming techniques. Along the way, they also share the Good News of Christ.

This week, ASM also announced an official name for their agricultural land in Mozambique — New Harvest Farm. It’s a fitting moniker for a setting where physical and spiritual hope is cultivated.

“Besides the agriculture too, audio Bibles have been a huge need, especially in the outreach since Cyclone Idai,” Vanden Bosch says. “We have seen incredible opportunities to bring audio Bibles into places where we’ve never been able to really get into before because people are really searching for something…after the storm. That something is hope.”

ASM needs more audio Bibles as well as supplies for their agriculture program and Compassionate Care project in Mozambique.

To address these needs post-cyclone, the ministry will ship a container from the US to Mozambique with audio Bibles, agricultural tools, and medical supplies. But they need your help.

“We’ve had tons of people come forward and provide prayers and funding and equipment. But there’s still a lot more that needs to be done. We have a lot of things that are still needed to come over,” Vanden Bosch says.

“We would love to have more people partner with us in prayer and donate used agricultural equipment and medical supplies. There [are] lots of opportunities to be involved in a hands-on way in this project to bless the people of Mozambique and to continue to expand the ministry here.”

Finally, please commit to pray for Mozambique. Ask the Lord to bless the ministry of ASM’s New Harvest Farm — that their agriculture program would lead to flourishing crops and repentant hearts. Pray for the Mozambican people to find refuge and hope in Jesus.