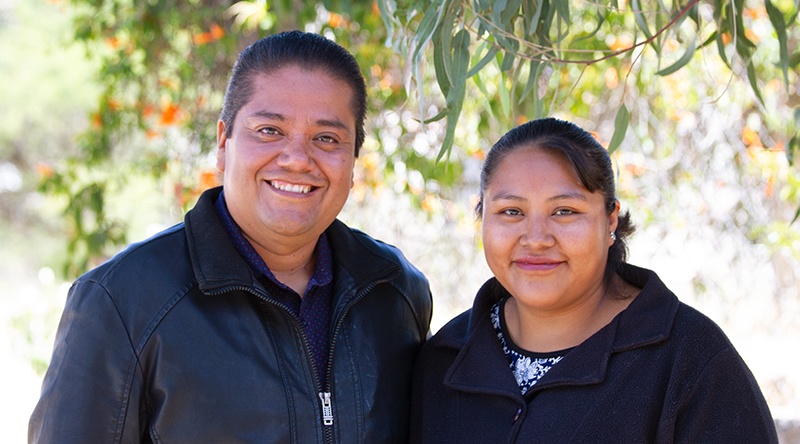 José (called “Lupe”) and Jemima Gonzales are two key ASM team members in Mexico.  Their kind and patient attitude is a testimony to everyone.  Lupe and Jemima are truly a blessing! Together they are involved in almost every ministry aspect. They help identify languages that need the Bible recorded, meet with local pastors and leaders, and set up temporary recording studios in villages.  Next, they help produce, edit, and process the Bible recording.  Finally, they often return to help distribute the audio Bibles.

Lupe and Jemima first met during the multi-voice dramatized recording of the Guerrero Nahuatl New Testament.  Jemima was reading several of the women’s parts and Lupe was the recordist.  Lupe has served on the team since 2008, and Jemima joined in the work full-time after their marriage on Valentine’s Day 2015.

In spite of the hardships faced when traveling to and recording  in remote locations, Lupe and Jemima consider it a privilege to share God’s Word all over Mexico.  They take great joy in fellowshipping with other believers, and witnessing the tears of joy when people receive and hear the audio Bibles for the first time in their own language.  The ASM Team honors their devotion to the Lord and His Work, and to each other.  Join us in praying for the Lord’s continued blessing on Lupe and Jemima—and for additional faithful servants of the Lord who would follow their good example in this important work.