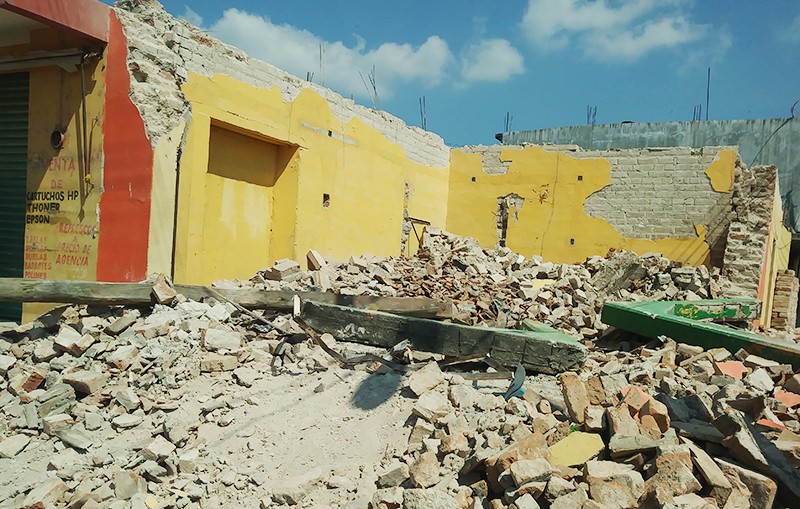 Mexico (MNN) — It’s been almost exactly three months since an 8.1-magnitude earthquake struck Mexico City and killed nearly 300 people. It was Mexico’s most powerful earthquake in a century. Since then, around 9,000 aftershocks have been recorded in Oaxaca state. Some have been quite severe.

The trauma isn’t over

“When I lived there for all those years in Oaxaca, we had earthquakes all the time. We could see the lamp in our dining area, we could see it move back and forth or you could feel the vibration of the house. But the house never went down. So we didn’t think anything of it. But in this case, people have lost their homes, lost their businesses, and it’s a constant reminder that potentially there’s another strong earthquake coming.”

Loker says one worry is that another major earthquake could strike at night. And if families are sleeping inside before finishing home repairs, they fear being buried alive in their sleep. 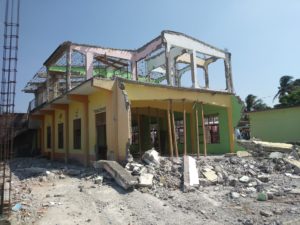 The feelings of post-traumatic stress are understandable in the wake of Mexico’s September earthquake. Surviving a major disaster like that is a haunting experience. Months later, government assistance is limited and people are still desperate for help.

“The people in the one main town where the earthquake hit in Juchitan down near the coast of the Pacific Ocean have had their homes destroyed. Their businesses were destroyed. When I was there about a week ago, the banks had been all destroyed. All of them were closed down. The hospital had been relocated because that was partially destroyed and potentially collapsing. So they have a mobile hospital on one of the basketball courts on the outskirts of town. Multiple churches have been destroyed. So yes, it’s an ongoing situation.”

One of ASM’s New Testament audio recording projects in Mexico was also affected by the big earthquake. “The actual house that we were recording in collapsed. Thankfully our technician and the readers had already left…. But one of our main readers had lost a couple of his family members who were killed during the earthquake.”

Several of the other readers also had to break from the work while they sought shelter and basic necessities. So naturally, the project was put on hold for a time.

Now, Loker says, “We’re back recording and hopefully we’ll be able to finish that New Testament in the next month or so. But it was a tough time for our technicians, for the readers, and for the people in the village because of that strong earthquake.”

Despite the loss and mourning with their team, ASM has pressed on in serving the communities that need encouragement…that need Jesus. ASM is currently distributing audio Bibles and critical aid through trusted ministry partners in Mexico.

“We’ve been able to help them with some of the needs that they have with food and water and tarps and building materials. But the sad situation is that the people are in need of homes. Their churches need to be rebuilt. And that’s going to be a long-term process. We see this as being years before people get back to life as normal.”

With the aid, of course, ASM’s ministry partners are also distributing audio Bibles to be a lasting source of comfort. “People who have received the Scriptures are now able to be comforted by God’s Word. Most of the people there are not readers. So in two of the areas where the earthquake hit — Juchitan where they speak Sapotek, and also in San Mateo del Mar where they speak a language called Huave — both of those areas have the Scriptures available.”

So how can you be a help and encouragement? 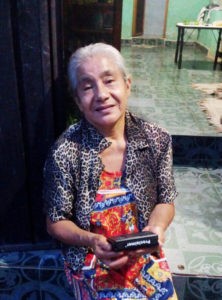 “Then, with giving, we can give towards the people’s needs. The need for building materials or for food and temporary housing. There are still needs out there. Also, people can give towards the purchase of audio Bibles. There are many, many needs for audio Bibles still in these areas for people who don’t have access to Scripture, although many do have access to Scripture.”

Finally, Loker shares, “We would love to see a church bring a group down to work with us. They would be distributing audio Bibles and they would also be helping to rebuild a church or maybe build some people’s homes. We have some teams coming down in February and in March. We have other dates open.”

Make a financial gift to support ASM’s ministry in Mexico here, and choose a donation option under Latin America.

If you’d like to learn more about how your church or Christian group can join ASM on a missions trip, contact ASM here!