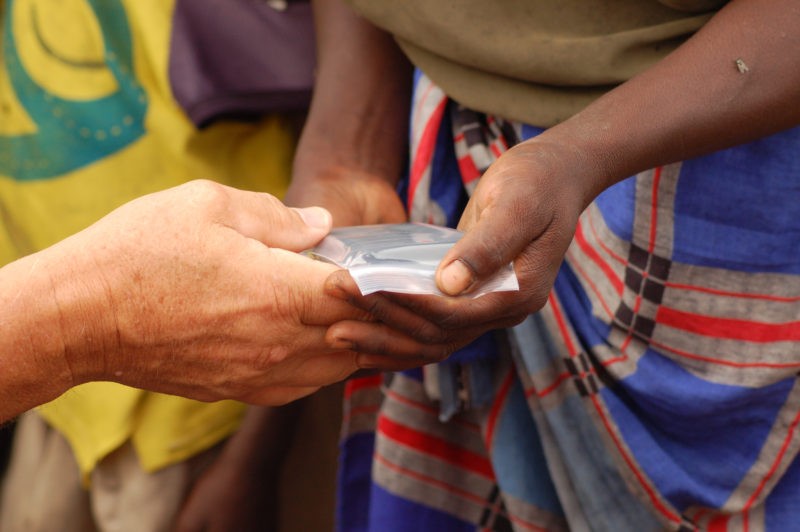 Check out this update from our partners at WCOI:

Greetings from all of us at WCOI.

I just heard from an IEM (Indian Evangelical Mission) missionary serving among the Garasia People in the border of Gujarat – Rajasthan. He told me three very interesting testimonies, and I had to share it with you. I pray that these testimonies will bring joy in your heart. We give all the glory to our Lord Jesus Christ who makes all things possible.

Kona is the first son of a man who practices witchcraft. Kona cannot read and write. His younger brother came to know the Lord, and God blessed him and his wife with a child. This was an answer to their prayers, as they had been without any children for almost seven years. Kona and his father planned to kill him because of his faith in Lord Jesus. But, his younger brother stood firm in the Lord and did now bow down to their threats. After three years of spiritual battle, the entire family started opening up to the Gospel. Kona took the Audio Bible that his younger brother had and started to listen to it out of curiosity. He loved listening to it so much that he would always listen to it. He soon began to grow in the Lord, and one day he accepted the Lord into his life.

But this story does not end here. Kona never switched off the Audio Bible. Every evening, he would return from work, place the Bible in his small home, and switch it on. A car driver who would often pass that way would always stop at Kona’s home, stand outside his car near the back door of Kona’s home, and listen to the Bible for at least ten to fifteen minutes before driving off. The desire to know more about this God grew in this driver’s heart. One day, when the local missionary was ministering at Kona’s home, this driver walked in and told the missionary that he was very interested in learning more about this person called Jesus. The missionary invited him to join the prayer meeting, and the driver has been faithfully attending this prayer meeting since.

The missionary also mentioned a lady called Shanti who cannot read and write, but has memorized many passages from the Audio Bible that she received. Another lady called Champa also listens to the Audio Bible, even though there is severe opposition at her home.

The missionary added that the Audio Bible has been such a blessing to many people and has served as a personal missionary to many. Many people are curious to know more about this God, and since it is in their heart language, it has the ability to directly touch their hearts. We at WCOI are grateful to God for helping us reach many people who cannot read with the Bible in audio.

We have a distribution this Saturday among a group of interesting people called the “The Narikuravar”. You can read more about this group by clicking on the wikipedia link.

Please pray for us as we travel to place a few Bibles among this group. As always, do keep us in your prayers as we continue to uphold you and your family in our prayers as well. I will email you with more reports after the distribution this weekend.