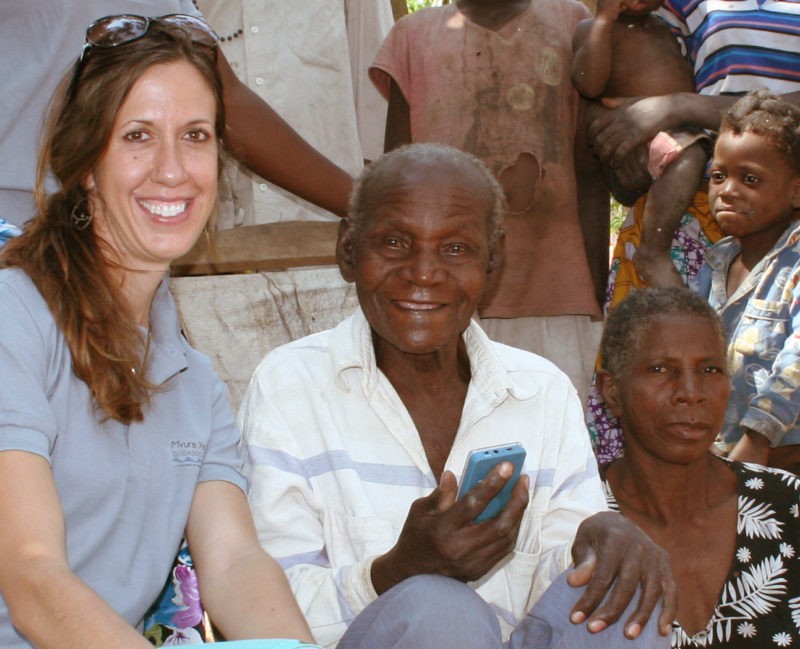 En route to Pindandanga -a Mozambican bush village off the dirt path- sat a man, ill for years. Some locals that knew of this man’s ill health led the Compassionate Care team to him hoping that they could help him improve his quality of life. Despite not having access to a proper medical diagnosis, the Compassionate Care team started visiting weekly. Basic medical interventions were delivered, but the best medicine did not come in pill form.
As part of one of the country’s first palliative care (hospice) programs, people in rural central Mozambique are being changed by God’s word. Each patient in this program receives a StoryTeller audio player with Bible stories and worship songs in their native language. This man, nearing 90 years of age, stated, “I never even used to talk to my wife” because of being in so much pain. He had not walked in nearly two years due to his ailments. After the team’s weekly visits, this man was transformed by joy.
He came to cherish his StoryTeller audio player more than any other possession. He shared that his friends would come by wanting to see his player. He would show it to them but he stated, “I told them, they can listen to it but they cannot hold it!” He didn’t want anyone to break it because he didn’t feel he could be without the hope he was finding in its contents!
Upon every visit the compassionate care team made, they would find this man with his player secured in the front pocket of his shirt. With his health continuing to decline, he still enjoyed singing and “dancing” (while sitting) to the new hope that he had found. Last week this dear man died in peace. His wife shared with the team that he died with the player in his pocket, his hands holding it against his heart. This man’s treasured possession brought him home to be with the Lord. Praise the Lord for the blessing it is to bring palliative care and God’s word of hope to those who are suffering in Mozambique.