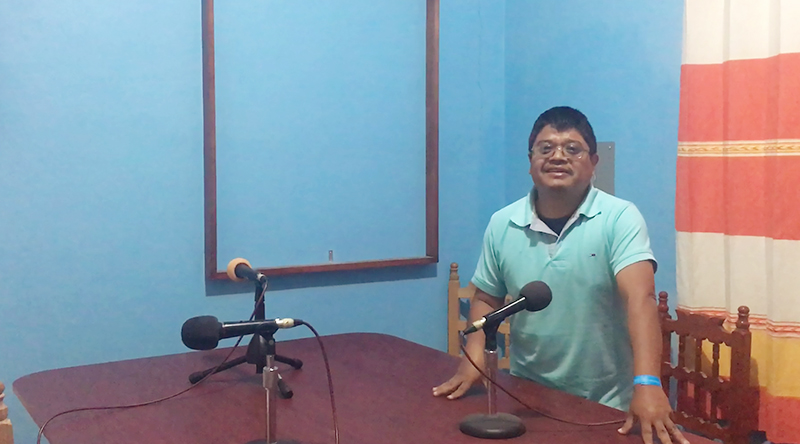 More than 25% of the people in Mexico live in rural areas, often isolated by rugged geography, difficult roads, poverty, and indigenous language barriers. Christian leaders in rural Mexico have found a way to serve and reach these isolated populations by using low-wattage radio stations. Committed pastors with a laptop, a couple of microphones, a small radio transmitter, and a tower are now providing God’s Word in audio to people who need to hear. “Radio Zapoteca” was the first broadcasting ministry we formally assisted in Mexico, when one of our recording technicians was released with our blessing to fulfill his dream—using Christian radio to share the locally-recorded audio Scriptures.

Later, a partnership was formed with Galcom USA to provide mentoring, equipment, and technical expertise for this and three other Christian stations. To date, seven teams of technicians have traveled to Mexico to explore and resolve transmission issues. Praise the Lord that four stations have increased their signal strength allowing them to reach additional language areas. Please pray for each radio station and its listeners, especially one recently taken off the air by officials claiming it was interfering with local aircraft. Pray for divine connections with other potential broadcasters, so radio can further extend the reach of audio Scripture recordings in the many indigenous languages of Mexico.