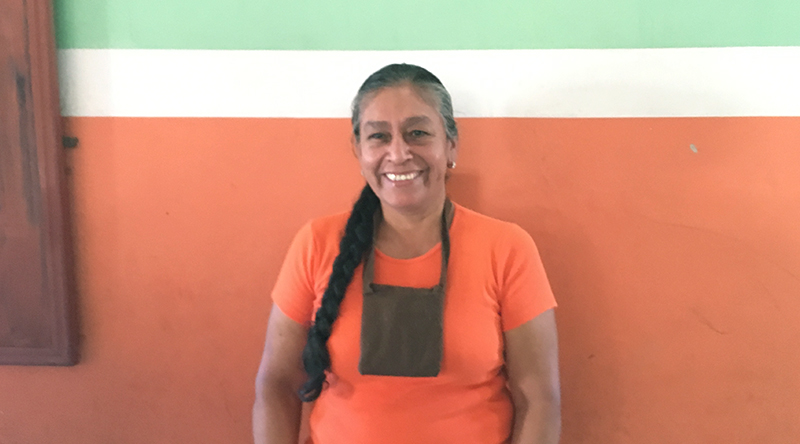 (Interview with Joshua Harrison begins at 2:45)

Mexico (MNN) — When an 8.1-magnitude earthquake struck off the southern coast of Mexico in 2017, it killed over 60 people and devastated several communities. The quake went on record as the strongest earthquake the nation had experienced in a century.

Just a few months prior, local believer Berta got her first audio Bible from Audio Scripture Ministries. She was becoming bolder in her faith and Gospel witness.

After the quake shook Berta’s neighborhood, she knew she needed to share the comfort she received from the Holy Spirit.

Joshua Harrison with ASM says, “One of the first things she did was she made herself a lanyard so she could carry her audio Bible and play it really loud wherever she goes.

“She loves listening to it. As she’s helping her neighbors, helping her friends, doing her chores, she continues to be a bright light in her community.”

ASM records and distributes God’s Word in audio to people like Berta. Mexico is one of several countries they serve. The ministry is currently working on more Scripture translations for Mexico people groups who are still unreached.

“There are a lot of people, especially the indigenous peoples of Mexico, who speak a language at home but they don’t necessarily read it. So even after a Bible translation has been done and completed by our friends at organizations such as SIL — and we’re so grateful for that crucial work they do — it doesn’t necessarily mean that everyone is able to access it. So we help record and bring it to those who need to hear it in audio,” Harrison says.

Traveling recordists and local pastors in Mexico are key players in getting God’s Word recorded and distributed. They travel to distant rural villages “where people are really eager to hear God’s Word for themselves.”

The audio Bible-to-listener ratio isn’t just one-to-one either. Each audio Bible can reach dozens of people. ASM sees listening groups created with even up to 50 listeners for one audio Bible.

“The teams that are on the frontlines battling with sometimes illnesses and the things that come from traveling to these distant places and eating different foods, even for our Mexico teams, they have to really rely on the prayers of the saints lifting them up as they go.”

ASM needs more partners like you to pray for, support, and even travel with their teams in Mexico.

For prayer needs, Harrison says, “We need more traveling recordists. So continue to pray for the people who will be willing to go far into the rural areas of Mexico to record the languages that are yet unrecorded so that all people will be able to hear God’s Word.”

You can also partner with ASM financially. Just $35 gets one audio Bible into the hands of a person or family in Mexico.

Finally, consider going on a short-term missions trip to Mexico! Contact ASM here to learn more about their missions trips.

“When you help connect someone to God’s Word, you have no idea how far it might go,” says Harrison. “It is always worth it.”

ASM, Audio Bibles, Audio Scripture Ministries, Earthquake, Joshua Harrison, Mexico, Mission Network News, MNNonline
We use cookies to ensure that we give you the best experience on our website, keeping in accordance with applicable laws and our privacy policy. Yes, I acceptNoPrivacy policy