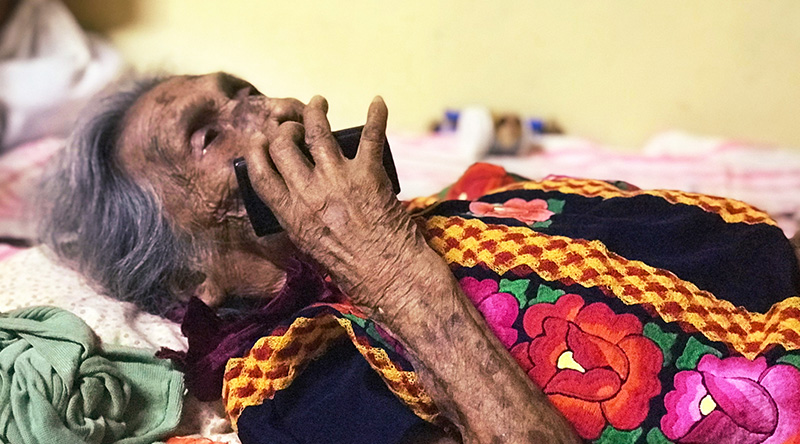 “iUna más!” became the battle cry as Jim and Jamie Loker, ASM Latin America Directors, traveled with short-term ministry teams to nine separate villages in Oaxaca, Mexico. The goal was to place 400 audio Bibles in the hands of designated families speaking several different minority languages. One daily challenge was to persuade local ministry partners that perhaps the team should avoid the risk of driving in the evening fog along slippery mountain passes. Smiling, they would insist, “Una más—just one more family needs us to visit them!”

Rain and mud prevented us from reaching some villages, so we entrusted the final boxes of audio Bibles to local pastors, who delivered them the following weekend. Toward the end of one trip, we heard of a last-minute need: for a small congregation in yet another rural area. We rejoice that we were able to grab an extra seven for them, bringing the total to 407 audio Bibles distributed in two short weeks. Every single audio Bible can make a lasting difference!

Each one was gratefully received by someone like Maximiana (pictured), a 100-year-old saint who had known Jesus for forty years and now for the first time could hear His Words in her native language, or like young Orlando, a boy who literally jumped for joy when we gave his family an audio Bible.

Watch Maximiana singing a song of thanksgiving as she received her audio Bible: