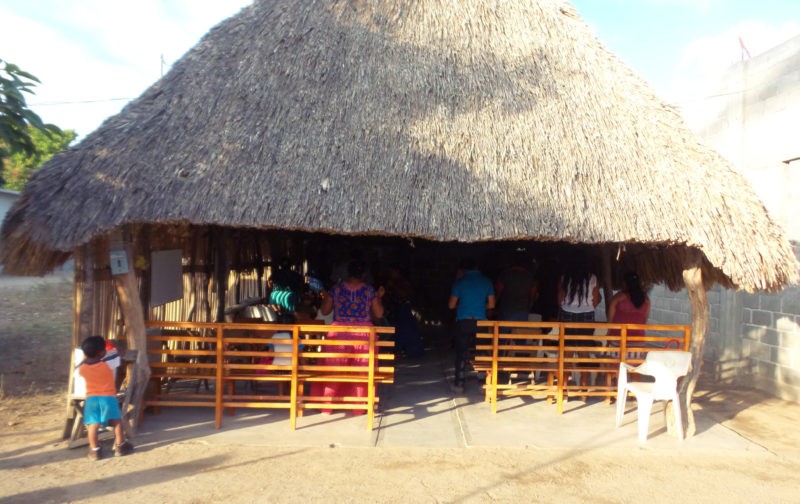 Audio Scripture Ministries is tackling an ambitious Great Commission goal. In southern Mexico alone, there are 120 spoken languages, and with the help of Wycliffe Bible Translators, ASM wants to get Scripture in all those languages translated and recorded. 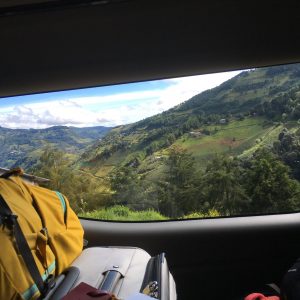 Jim Loker with ASM reports, “The state of Oaxaca, which is way in the south, has about half of those languages; 120 of them are still alive and being spoken today. There are mountainous regions of Oaxaca, coastal regions, and from one side of the mountain to the other, different languages are spoken.

But why the push for audio Bibles in southern Mexico? Once Wycliffe gets the written Word translated for communities to read, isn’t that enough? Loker says not necessarily.

“So how do you get a printed translation into the hearts of people who are oral? Well, we record them. So our ministry in southern Mexico has spent the last more than 20 years recording the Scriptures. We record the New Testament, we record single books as they’re translated by the Wycliffe translators,…Old Testament Bible stories, and complete New Testaments.” 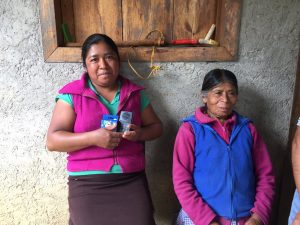 One ASM coworker just finished distributing audio Bibles into nine different language groups. And with several other recording projects currently ongoing, the translators and indigenous readers are all fervently dedicated to the projects. One man reading for an audio Bible recording is blind, but it doesn’t stop him. Loker explains, “What we’re going to have to do is the blind person is going to have to listen to his part and then repeat it into the microphone, and he’ll do this for the bulk of the New Testament.”

The workers press forward because they know eternity is at stake. Each completed audio Bible recording means another community gets access to the hope and truth of Christ in their heart language, and lives are forever changed.

To illustrate the impact of these audio Bibles, Loker shares three different stories — of a taxi driver, a woman suffering from physical pain, and a town under the power of witchcraft.

An audio Bible in the hands of…a taxi driver

Loker shares, “A taxi driver was given an audio Bible and he was already a believer, but he thought, ‘My goodness, this would be a great tool for some of my family members.’”

Once the taxi driver decided to use his newly-received audio Bible with family, he didn’t waste any time.

“During the course of that day, he visited his sister, his mother, and his sister-in-law in different locations and shared the Word of God with them, and all of them came to faith because they heard the Word of God for the first time in their own language!”

Another person impacted by audio Bibles in southern Mexico was a woman who suffered from chronic physical pain for over a year. Then, Loker says, “A pastor came to visit her one day…. He had a small audio Bible, one of our audio Bibles, and he brought it to [this] lady and he was going to share the Gospel with her. She started to listen, he prayed for her, and during that process, God healed her — and not only healed her, but she became a believer that day!

“Now, she not only became a believer, but she started testifying to all of her friends and her family. So she won her husband to Christ, she won her daughters to Christ, her sons-in-law, her grandchildren, and in the process of this about 30 people were saved. This is through just one audio Bible!”

The impact of that single audio Bible has since spread because of this woman’s faithfulness. “Now she’s planted a church. She is doing a great ministry. She never learned to read. She used one audio Bible and faith in God and the Word of God in her heart.”

Audio Bibles in the hands of…a town under witchcraft

Loker shares this final story: “I think probably one of the best stories that I love to tell is the story of one particular language group in the southern part of our state that had been inundated by witchcraft. It was a center of witchcraft and even back in the 80s when we were still working in Guatemala, we were advised never to go through this town because the power of witchcraft was so great. People told us to skirt the town and just drive around it. 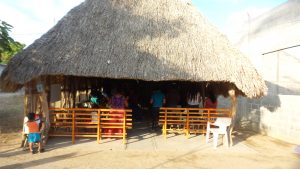 “Well, over the course of time, the New Testament was translated; again, we recorded it. The audio Bibles then started to be distributed throughout this town into small groups and people started to listen.”

From there, the Holy Spirit moved to break spiritual chains that held this town in bondage to witchcraft. Loker reports, “We’ve seen more than 2,000 people come to Christ just through this one group, through listening groups. Many have been baptized and we know of at least 50 new churches that have been started because people have been listening to audio Bibles.”

Praise God for the ways His Word in audio is changing lives and touching hearts in southern Mexico. Pray for the Lord to bless ASM’s current Scripture recording projects, and for countless more in southern Mexico to come to faith in Christ.