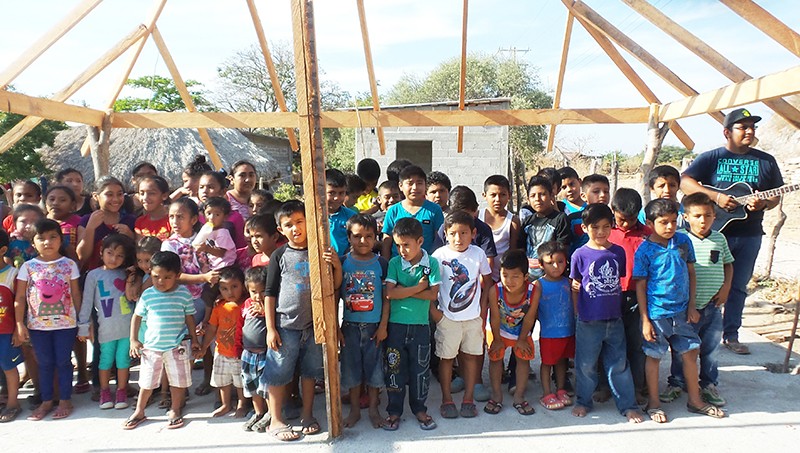 Mexico (MNN) — Southern Mexico can’t seem to catch a break. On Monday [19 February], a 5.9-magnitude earthquake shook southern Mexico and quake sirens sent people scrambling into the open streets at 12:57 am CST. It was the five-month anniversary of the September 19 earthquake that killed over 200 people in Oaxaca state.

This latest tremor appeared to be an aftershock of a magnitude 7.2 earthquake on Friday that struck the same region. Friday’s tremor caused significant damage to at least 50 homes in Santiago Jamiltepec, according to the Interior Department. And in the wake of Monday’s aftershock, schools were canceled across Oaxaca state.

Thankfully, no lives were lost in either quakes. But a crashed helicopter that was surveying earthquake damage killed 13 people and injured 15 others. 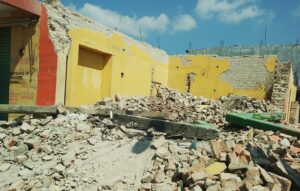 Jim Loker with Audio Scripture Ministries says the back-to-back earthquakes from September and the damage they caused still have people reeling in Oaxaca state and the surrounding areas. So when tremors like these hit, they stir up the same trauma and fears.

“Back in September, the southern state of Oaxaca, Mexico was hit by two really strong earthquakes and a lot of homes were destroyed. About 20,000 different homes were destroyed, schools, hospitals, businesses. In the town of Juchitan and the surrounding area it sort of looks like a war zone with piles of rubble and empty lots where there used to be houses.

“People’s lives are in shambles and they’re starting to rebuild, but when you look at it, where do you really start?”

ASM is working with a pastor in southern Mexico who noticed a lot of local kids weren’t in school since their school building was destroyed in September. This pastor has done audio Bible distributions with ASM in the past. But when he saw the educational need in his community, he decided to do something about it. 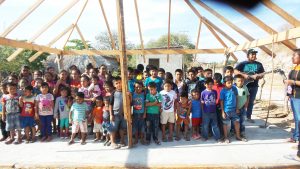 “He started just bringing [the kids] together and having classes…. They have to meet in the afternoon. This is a coastal area and it’s very hot, very humid so they started to meet under these trees.”

While holding classes outdoors is working for now, it’s not sustainable. Every time it rains or gets too hot, they have to suspend classes.

With the help of a few church teams from the United States, ASM is working to build a small schoolhouse for these kids in southern Mexico to attend classes during the day and be out of the elements. 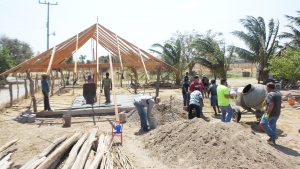 A team from Grace Church in Middleburg Heights, Ohio recently laid the concrete flooring for the schoolhouse. They also distributed audio Bibles and shared the Gospel with listening groups of kids and their parents.

This week, Loker says a team from Pittsburgh, Pennsylvania is also visiting to work on the schoolhouse and minister to families who were affected by the September earthquakes.

“This is just one of the projects we’ve done over the last few months. We’ve helped with food and with water and with temporary kitchens. We’ve helped with construction materials but now [with] this last one, we’re going to be more involved with two teams working with kids in a particular area and working with their parents to let them see the love of Christ and do it in a practical way.”

Throughout these humanitarian projects, ASM frequently holds audio Bible distributions to provide God’s Word in the heart language of the people they work with.

A few years ago they recorded the New Testament in Zapotec, which is the heart language of the community where they’re helping build a schoolhouse. They also have the New Testament available for people of Chayuco, the people group at the epicenter of Friday’s earthquake.

Loker shares, “Audio Bibles are always a need. The people groups of Oaxaca are not readers, they are not literate people, so the only way they can really receive the Gospel is through the recorded Word. Our studio in Oaxaca here has recorded many, many of the New Testaments of the languages here in southern Mexico and other parts of Mexico, too. Once the Scriptures are recorded, then audio Bibles are the next step to get the Scriptures into the hands of the people so people can hear God’s Word.” 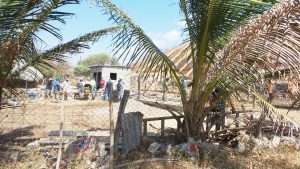 ASM would not be able to continue this eternally impactful ministry without the donations they’ve received for audio Bibles and earthquake relief. If you’d like to support Latin America ministries with ASM, click here!

And, as always, please be faithful in prayer for ASM and the people of Mexico.

“We always need people to be praying for us and praying especially for the various people groups of Oaxaca and these people groups that have been hit by the earthquake.”