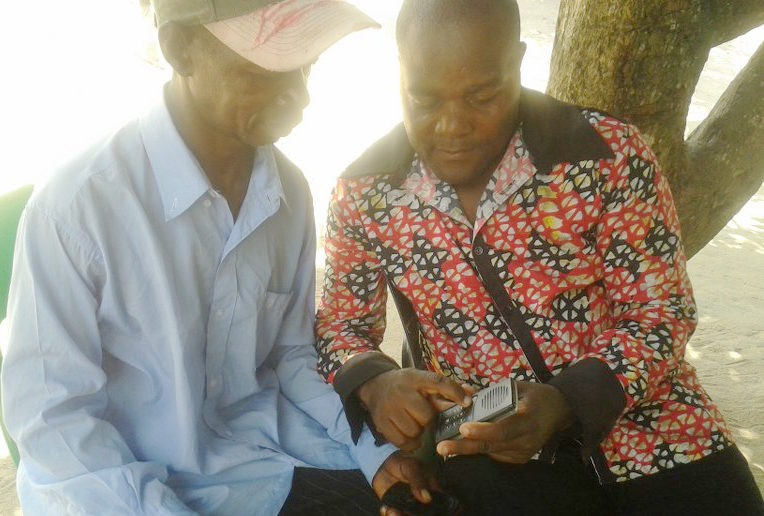 Communication among our world partners can be difficult to maintain sometimes, so we are especially excited when we get to share news from audio Bible distributions in remote locations. Check out this update from Sergio and our most recent distribution of 370 audio Bibles in Mozambique:

“We arrived on Friday in Nicuadala and just that night met with Christians from the church and people from the community looking to buy players. Then it was Saturday and more people and some leaders from Quelimane were to come. I had already distributed many players on Friday and I was afraid that more people would come on Saturday and we would not have enough. The district Superintendent decided that it was better to save some players for the church of Quelimane because we would be finishing there. I decided it was best to leave Nicuadala without meeting another group of people that were coming one by one.

While we were there one old man from Quelimane came before all the others and said he was told that we were coming with the Word of God in audio. He was curious because he had not seen that before and he praised God because he found it interesting when he was listening to it…

During the audio Bible distribution, the Zambezians were celebrating and praising God for how faithful He has been to His people. After 6 months of waiting, today there is a big joy. I did not have enough audio Bibles last time, and a big number of people left the church unhappy and I also felt very bad. I want to thank everyone and all our donors for facilitating our ministry.

One young man from Pebane (150 kilometers from Maganja da Costa) welcomed us right after we arrived at the Pastor’s home and said:

“Thank you for fulfilling your promise. My church and I thought that you were playing with us; that you did not want us to listen to the Word of God from the players. I heard that you were coming and I wanted to be the first to receive, so that I do not miss it like the last time, that’s why I came here early. The people from my church will be happy to receive their own audio players in their own hands, and we will keep praying that God may bless you so that you will come to our district and help more people hear the Word of God in their language, there is still a big need…”

Another man from a different denomination said:

“We do not have a Bible store in Zambezia, and the Bible I had was taken away by the water and I did not know what to do! But my neighbor told me there is a man with audio Bibles there… I have cycled 10 kilometers to come here for one audio Bible. I was told that the audio Bible man is here…””

We look forward to the days when we will not have to pick and choose whom to give audio Bibles to. It is hard for everyone when we have to turn people away because we don’t have enough. For this reason, we are praying God would bless our ministry with abundance so that we may have an audio Bible for everyone that needs one.