Posted on January 30, 2015 Posted By: ASM Admin Categories: From the Executive Director 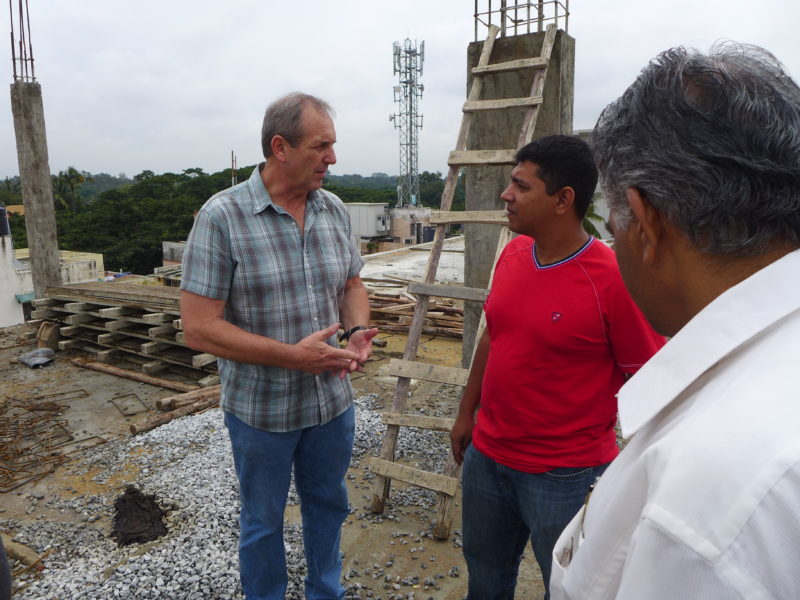 Loker recognizes that ASM’s task of sharing the Gospel with everyone is far from complete. Their work continues this year.

“Our task is primarily to work with non-literate people groups,” he says.

ASM works in Mexico, Southern India, and Mozambique, though they work in surrounding countries as well. In these areas they also have audio studios for recording the Bible in languages that still need audio Scriptures.

Goals for the year

“We want to continue reaching those that have not yet heard,” Loker says. One project on his mind, in particular, is the several new languages scheduled for recording in Mexico. They’ve finally found readers and are able to finish projects in many languages.

They also want to become more proactive in networking, to maximize the impact of their work.

For one, ASM wants to connect with mission teams going overseas who can take the audio Bibles to the correct areas. And back in the United States, ASM desires to be a resource for churches reaching out to non-literate immigrants from around the world. Loker points out that there are thousands of languages available to produce audio Bibles.

With all of these projects, they pray for open doors.

“There are always obstacles,” Loker says. “We are in places that are very dark, and they’re resistant to the Gospel in the fact that people do not want to hear, but we know that God is still opening up doors.”

ASM tries to follow God’s leading by working in places where He has opened doors, instead of concentrating on places where doors are closed.

For many, many years, Loker has worked with non-literate people. Seeing the need within these various groups of people has awakened a passion within him.

“I’ve seen that without the Scriptures in audio, many of these people will never, ever have access to a Bible. They’ll never have a Bible that they can understand, that they can actually hear and study. Audio Bibles for non-literate people are a key,” says Loker.

The transformation he’s seen from sharing the Gospel in Mexico has left a lasting impact on him. In amazement he watches people hear about Jesus for the first time and move forward in their faith, joining a church and being baptized, and then continuing on to share Jesus with others.

Not too long ago, Loker experienced something that reminded him about the nature of urgency surrounding their work. “It was last year that we were working with a team from the states [that] came down to Mexico. We distributed audio Bibles to a people group–they had waited a long time to have Scriptures recorded and finally accessible.”

Most of these people could not read, including one man who’d had a particularly hard life. This man was resistant to the Gospel. However, he accepted an audio Bible and proceeded to listen to it.

The promise of hope and renewal of the story of Jesus opened his heart.

“As the local pastor followed up, that man came to faith. And then he was baptized. And then about three days after that, he died,” Loker says.

He continues to ask himself, “What if the Scriptures had never been translated and recorded in his language?”

There are countless people in the same situation all around the world. None of us are guaranteed tomorrow. If you would like to help bring the saving Gospel to people in need of its truth, you can find out how to partner with ASM here.