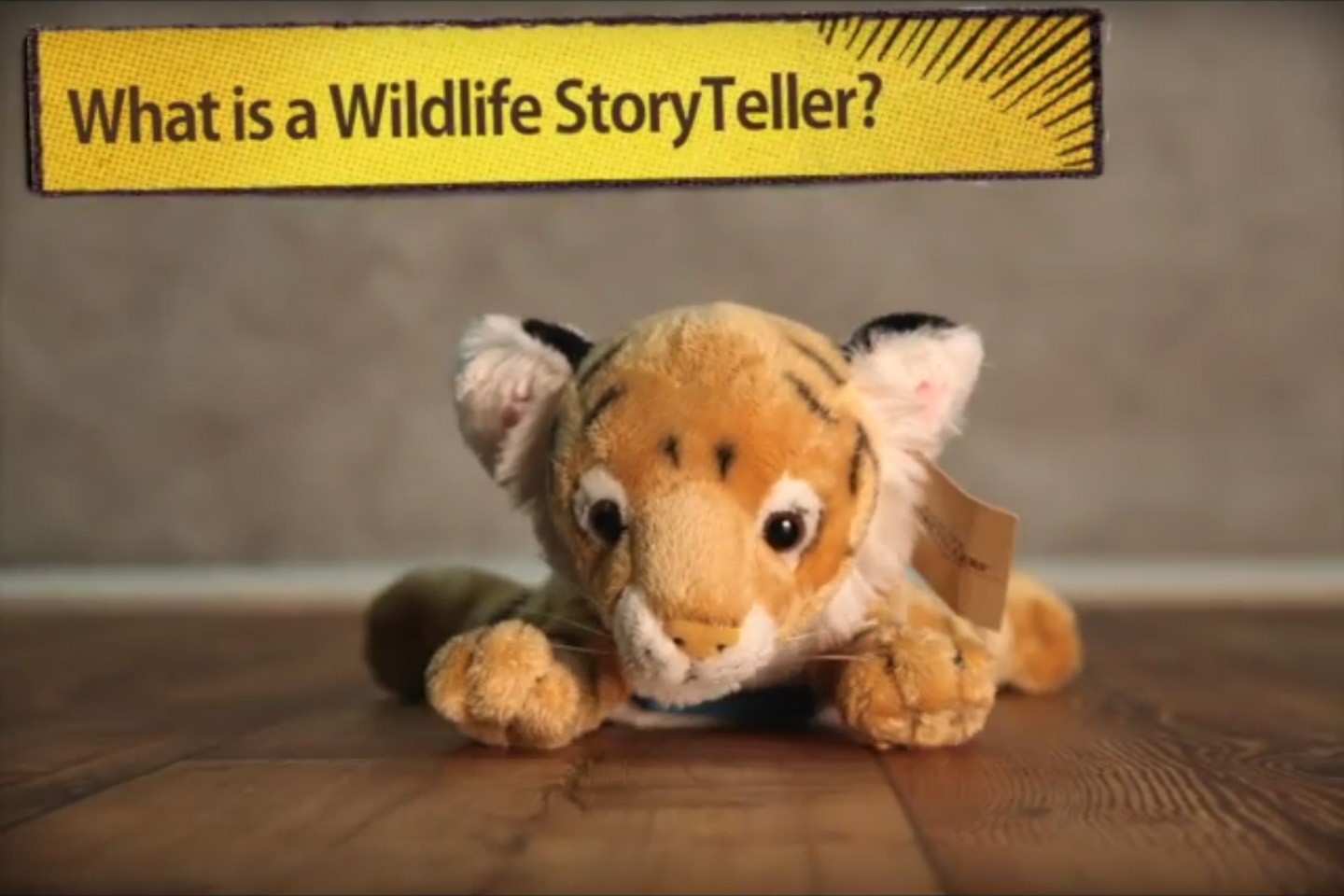 View more info about the contest and register by clicking here.

If you’re an elementary school-aged kid, or you know one, we have an exciting contest opportunity to share with you. Audio Scripture Ministries is hosting their Story Teller of the Year essay contest for 1st-3rd graders and 4th-6th graders, and it has a purpose centered on the Gospel.

First, the title of “Story Teller” is a play on words. The child writing the essay is a Story Teller, but Wildlife StoryTellers are also ASM’s audio Bible players for kids!

Basically, ASM’s Wildlife StoryTellers are stuffed animals with pouches that come in five different varieties — a teddy bear, tiger, elephant, lion, or lamb. The pouches hold audio players which tell Bible stories that are dramatized with music, starting with creation and going through the life of Christ.

JP Sundararajan with ASM says, for the Story Teller of the Year contest, kids are invited to write short essays (around 350-words maximum) with this prompt:

“If they could give these StoryTellers to somebody anywhere in the world, who would it be and why would they do this?”

Sundararajan shares where the inspiration for the contest came from: “This idea was prompted a couple of years ago when a VBS group in Indiana decided they were going to raise money for Wildlife StoryTellers for kids in India. So I sent them a little sample of one of the stuffed animals, some literature, etc., and I even got to Skype in during VBS and tell them the story. It was amazing, the kids were all about it.

“After everything was done, a couple of weeks later I got an envelope in the mail in which there was a check for StoryTellers and there was a note in it. The one thing this package did not contain was the sample Wildlife StoryTeller that I had sent them, and they explained why.

“They said one of the kids in their community, who was kind of on the periphery of the church, was ill and she was hospitalized and she was kind of dealing with some pretty serious health issues. And the kids of their own accord and volition decided that, instead of sending me the sample StoryTeller back, they were going to bless their friend because they thought she could use this more than anybody else. And I couldn’t have been happier to have an empty box, because these kids knew what these tools could do.”

ASM gives these Wildlife StoryTellers to traumatized children or kids living in difficult circumstances around the world. It may seem like a simple stuffed animal that plays Bible stories, but to a child it’s so much more.

“What they need most is something to hug when they fall asleep at night. But how beautiful that they not only get something physical to hold onto, but then to be reminded that they are not abandoned and they are not unloved, that God cares for them.”

The deadline for ASM’s Story Teller of the Year contest is Friday, March 17. Once the essays are reviewed, there will be 1st, 2nd, and 3rd place within the 1st-3rd grade and 4th-6th grade categories.

Taylor Ely with ASM explains, “Each one will be given a cash prize, and also a StoryTeller to send anywhere around the world that they would choose, and one to keep for themselves.”

ASM is based in the United States and they’re doing much of the contest promotion in-country. But really, kids from anywhere in the world can submit an essay!

Ultimately, says Ely, “We’re really looking just for creative answers, kids who just have imagination to really think outside of their own little world, and to look around the world and even in their own communities to really think about how a StoryTeller, this small audio Bible, can bless kids just with the news of Jesus.”

To get more details about the contest and submit your child’s essay, click here to go to ASM’s contest page!

The point of the Story Teller of the Year contest is to encourage kids to start early in thinking missionally about using God’s Word to bless others.

“This really is the first time that ASM has ever done a contest, and so we’re really praying and hoping that this is just kind of the launching pad for us to do more contests with kids and also even older people,” says Ely.

“We’re also just really praying that kids would start learning about missions at a young age and really be encountering the Gospel and the power in that, and really just looking outside of themselves to be able to help people in their community and around the world.”