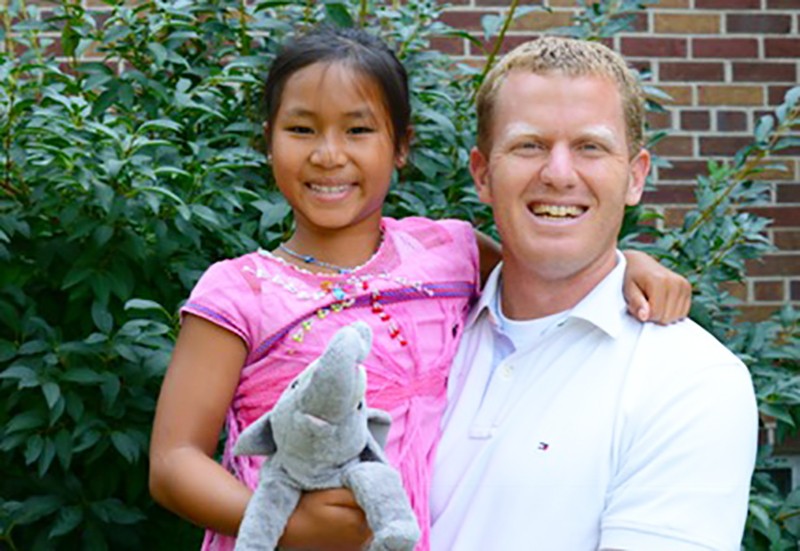 Four years ago, Josh and his wife Kim were stationed in Holland, Michigan when they embarked upon a beautiful journey.  Collectively they made the decision to heed the call of James 1:27 “to look after orphans and widows in their distress” and came to foster and adopt 5 young girls from Burma.  Rachel (a friend from their church) knew of the couple’s journey and that these girls did not speak English at the time.  Along the way there had been various challenges for the Rumpsa family in helping their girls adjust to a new culture, way of life, and family and she had an idea to help them during this transition.  A friend of Rachel’s worked at ASM at the time and Rachel began coordinating a plan.  With an elephant Wildlife StoryTeller in Burmese in hand, Rachel and her friend stepped out with no idea what was in store.

Josh recounted his 5-year old daughter, Dee, playing on the front porch when they arrived and says, “The moment the ASM worker turned on the StoryTeller, she stopped, turned around, and her face was priceless.  She walked up and took the elephant, holding it up to her face…she had cried herself to sleep for the first week or so in our home.  She did not from that day on.” 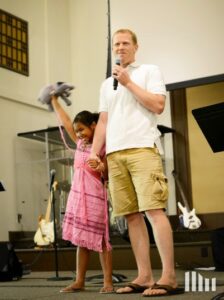 Josh and his wife later said that they believed that the combination of the stuffed animal with the Word of God in Dee’s language “brought her heart and spirit comfort in a unique and incredible way.”  Reflecting on their adoption journey Josh and wife agreed that in order to help foster a connection to where a child is from, language and culture still play a vital role.

Josh says, “When children are moved from one country to another, it is important to embrace the whole child – culture included. Depending on age, they will yearn for connection to where they were originally from.  The language on the StoryTellers is one part of an effort to maintain this connection.”

Although Dee was the first to receive a Wildlife StoryTeller, two of her sisters, Teeyana and Novi, received a bear and a tiger as well.  On a humorous note, Josh and Kim shared how all their girls love to listen to their StoryTellers….sometimes at the exact same time.  Although their girls have learned English upon transitioning into the US, Josh says they are still avid listeners to their Wildlife StoryTellers.  The Rumpsa family story is one of many unique instances of how God’s work among us.  He shows up amidst the ordinary moments to comfort and encourage others through the gift of God’s Word in audio.