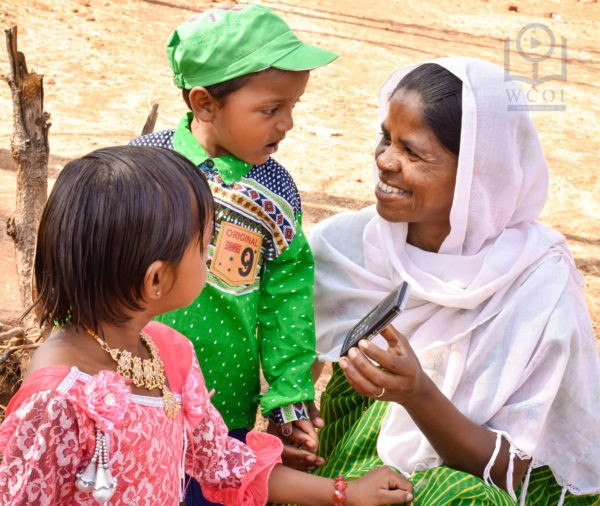 Did you know that, according to The Joshua Project, 95 percent of India’s population is considered unreached with the Gospel? On top of that, 37 percent of Indian people are illiterate.

So when we say there’s a need for audio Bibles in India, it’s a serious need.

JP Sundararajan, Audio Scripture Ministries’ India-Asia Director, has an exciting update about their work on an audio Bible in India’s Bodo language.

“We’re thrilled to report that the recording is almost done. It’s slowed down a little bit in the last few days because the main reader has developed a throat infection. So we would appreciate prayers for his voice, that it would stay strong, that we can finish this recording relatively quickly so he and his partner can head back to their families.”

The recording progress is also thanks to the new studio that ASM recently finished. This new studio has compelling implications for the ministry.

“We are excited now to not just record Bibles in our studio, but we can actually host our readers right on sight. And that’s very significant because a lot of the readers that we bring in to record Scripture, they come from very remote tribal areas. This will probably be their first trip out of their communities,” says Sundararajan.

“To get to Bangalore, the readers have to take a three day train journey that snakes around Bangladesh and comes into the southern part of India. We’re able to host them on site.”

When the Bodo audio Bible is completed, it’ll be a huge step for the Great Commission. Sundararajan says the Bodo language is the eighth largest tribal group in India, according to India’s most recent census.

“Close to one million people speak the Bodo language. And yet many people in this community cannot read and write. So thanks to the young men who have really made a sacrifice, taken this long trip, and have made their way to south India to essentially a foreign land to do this hard work, now their entire community has access to God’s Word.”

After the recording is finished, the project itself still won’t necessarily be done. The ASM team will work on editing and quality checks for a few weeks before they send it to their online library. Then they will get the help of Bodo pastors to organize the distributions.

“We don’t have a projection for when the first release of the Bodo New Testament will be,” says Sundararajan, “but we will definitely keep you updated as soon as that date is released. Once we release it in a public ceremony to the people, then they can contact their pastors and request audio Bibles, and then when there’s a certain number of people who all want their audio Bibles then we will start deploying a lot of these units into their communities.”

Sundararajan asks that you remember them in your prayers. “Pray for the technicians and for the staff there as well. We are a twofold ministry. We do the recordings simultaneously with the distributions, and it’s hard not to get ahead of ourselves…. So prayer for focus as we finish this task that is at hand, for strength and endurance and perseverance for our staff who currently are engaged in the recording project, and for just wisdom as we navigate these busy, important and wonderful things that God has done for us.”

In a country that is so desperate for God’s Word, pray also for more Christians to gain a heart for India and take the Gospel there to make disciples.

Even if you can’t go personally, you can still support Audio Scripture Ministries who is already in India with missionaries and pastors sharing Bibles and the message of Jesus Christ.

Sundararajan shares, “It is really beautiful to see the Body of Christ work together to get God’s Word, which we love so dearly, into the hands of people who otherwise would have no access to it.”